Do you love Japan tours? My article will help to make a plan to Japan tours in eight days. Now I am going to introduce about Japan. Japan is a sovereign island nation in East Asia. Located in the Pacific Ocean, it lies off the eastern coast of the Asian mainland, and stretches from the Sea of Okhotsk in the north to the East China Sea and Taiwan in the southwest. Japan is a strata volcano archipelago consisting of about 6,852 islands.

The four largest are Honshu, Hokkaido, Kyushu and Shikoku, which make up about ninety-seven percent of Japan’s land area and often are referred to as home islands. The country is divided into 47 prefectures in eight regions; Hokkaido being the northernmost prefecture and Okinawa being the southernmost one.

Now If you are really planning a Japan tour, it can be really hard to choose where to go, so here are some of the main places you should visit if it is your first Japan tour!

This article is also helpful for you to tour over Japan!

7 things you should definitely know before coming to Japan

5 Unavoidable souvenirs at Asakusa: This saves your time to find your souvenir!

If  you are going to Ueno, there are nice ramen shops around! You should try real Japanese food as well!

Right next to the Meiji Shrine, there is a Yoyogi park. If you are planing to go Shibuya/Harajuku area on the weekend, I strongly suggest you to take a look at this park! There are lots of event going on and you will love it for sure!

Make your spring/summer trip special at Yoyogi Park in Tokyo! What’s going on there?

The Kamo River is located in Kyoto Prefecture, Japan.

Both long refreshing and tiring travelling have ended. This day is for to return your own home. So totally packed schedule will be happened during your trip. Best of luck!

Recommended article for you!

Can you image what is like to live in Japan? Here is a tip for you!

10 useful Japanese phrases which you should know before coming to Japan.

7 things you should definitely know before coming to Japan

Looking for something funny and unique in Tokyo?

Shinjuku Golden Gai… A journey into a mysterious world!

Penguin bar!? The only bar in Tokyo where you can drink with Penguin

Catch the fish, and taste at the spot with 30% discount! Don’t miss the Innovative style restaurant in Tokyo! 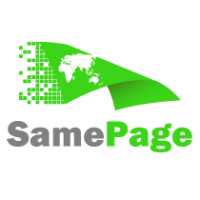